Time for a quick blog post with this lovely Treasury from Masaoms who bought one of my 2010 Calendars last week, so a double thanks to her in lovely Barcelona! I have no idea which song she's referring to which could inspire a picture of a bicycle, a chalk board and a beautiful big green ring, so I'd better do a bit of research.

Inspired by Pete Yorn and Scarlett Johanssen Song
by Masaoms 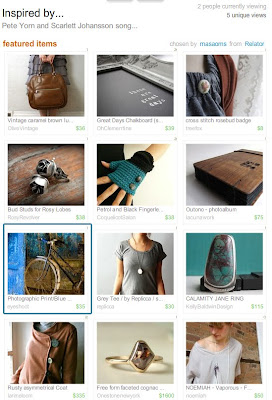 I'm causing all sorts of glitches on my computer by uploading massive scanned Holga images to the Flickr/Getty site. Out of my latest sumbissions from September and October they are interested in 48 of the pictures which is great. I've no idea what sort of numbers others are having accepted, but I'm very pleased. There are a few which require property releases which I'm never going to be able to acquire now, which is a shame as they're nice images, but there are plenty which don't need anything other than some details and in the case of the Holgas I feel that my 3mb images aren't big enough (they were fine for Flickr which is where Getty found them) so I've had to go back to my scanned TIFFS which are rather meaty, the Volubilis Triumphial Arch was a massive size at 14,0000 px square and I couldn't export it so I reduced it to a more sensible 7,000 px square and re-tweaked it and cleaned it up a bit more.

The Essaouira Fishing Boats needed to be flipped as the film rebate and the numbers on the boats were reading back to front (oops!) so I need to change my print template and listing details too. 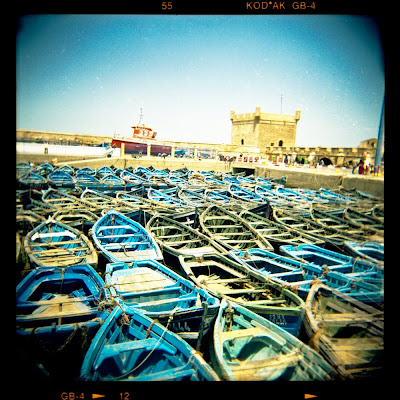 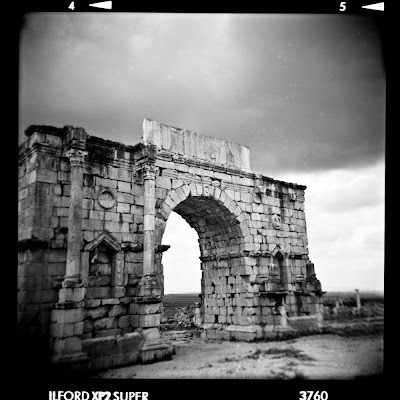 The upload process is slooooow for these big pics so here I am having a minor blog moment.