My first sourdough of the year.

Anyone who has been reading this blog for a while will have come across my sporadic flirtation with sourdough baking.  There have been varying degrees of success which generally resulted in my giving up the experiments.  But I'm at it again!  A friend of mine who has been happily and successfully baking sourdough for a while now very kindly gave me a tub of his starter which I put to use last night.  He also gave me his personalised, tried and tested recipe which I followed to the letter.  It's a no knead method in which the bread is baked in a pre-heated metal pot and is considerably less hassle than getting the kneading correct.  It takes ages, mind you, but it's sitting and waiting rather than actually doing anything.


The results were very good, if possibly a little damp, but that may be because I couldn't resist digging in as soon as I could. I'll get a better idea tomorrow when it's cold. I used a temperature probe for the first time ever and waiting until 96 degrees Centigrade before taking the bread out of the oven, so perhaps I just need to wait for it to be a couple of degrees hotter.  I've done a little research and apparently the optimum is 96-98. I must remember to buy some non-stick baking parchment as the stuff I used stuck to it rather dramatically as you can see in the pictures! 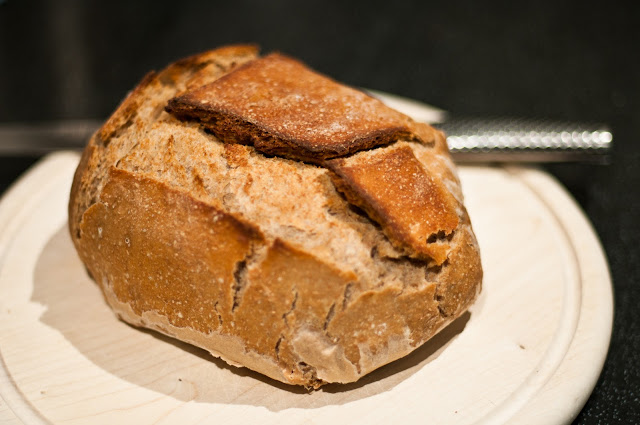 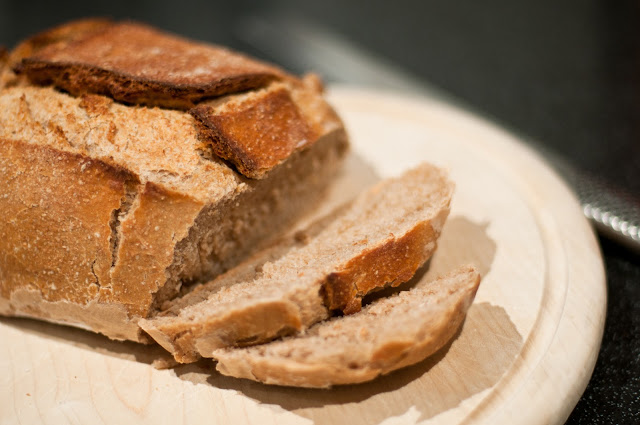 I'll have another go in a few days making sure that the starter is in tip top condition by giving it a good feed up in the preceding days.