I've been mildly obsessed with the idea of making books/journals for ages now. I have had a couple of attempts at simple stuff like punching holes and using book-rings to 'bind' an assortment of papers. It works, but it's not quite what I wanted. I've tried covering cheap and nasty shop bought notebooks, but that didn't quite work either.

For the sake of speed I tried staples (following a very clear and impressive Instructable) instead of Coptic stitching with some success and after one major cock-up and tantrum managed a seriously hefty book using all sorts of papers - Financial Times, printing tests from my various experiments, clothes catalogues and some lined and squared papers and a bit of iMac box for the covers and a chopped up hankie for the cotton spiney bit. I hate the application of white glue which leaves everything crinkled and nasty looking, I'll have to go to it with my iron to see if it can't be smoothed out a little. Nevertheless, it's a good book and I'll keep it for myself. It took a whole day to make, so I doubt I'll be churning them out to sell without masses of practice! 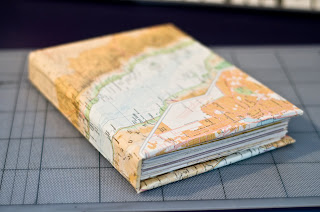 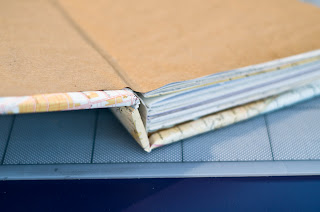 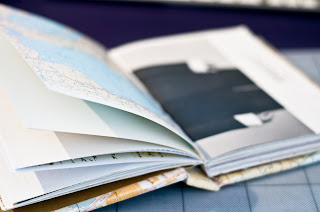 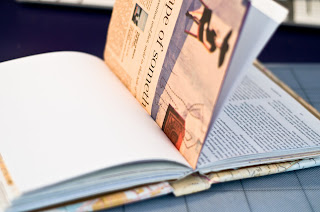 Then I had a second bash at traditional Coptic binding (having lost the fantastic tutorial I'd used at the beginning of the year, I had been disheartened and confused by many sets of impossible to follow instructions I'd come across). What I really wanted to do was to bind on the hard covers without using glue and to get that lovely sexy chain stitch on the outside of the signatures (see, I've got the lingo already!). Instructions for this proved almost impossible to find, but today, I found a good if rather (visually) unclear video on You Tube. It did the trick and I managed, for the first time ever a stitched 'book' with hard cover. It's not big and it's certainly not pretty, but hopefully it's start and I won't get too disheartened or bored and give up. Again. 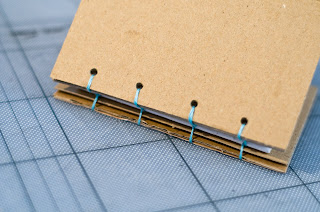 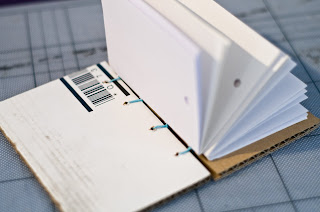 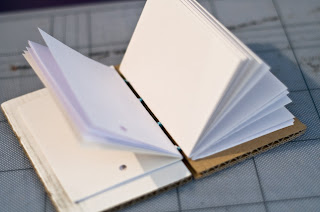 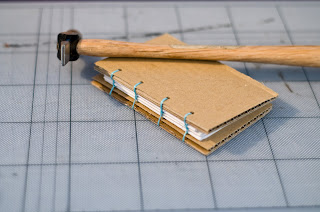