After selling two of my recycled spiral bound notebooks yesterday, I've made two more.One more Snoopy one and this time, a Mills and Boon one. There's been loads on the tv recently about M&B as it's, amazingly, their 100th anniversary and it sort of reminded me about them. They have the most phenomenal sales figures, it's somethig crazy like one book selling every six seconds! I read millions of them while at school but haven't touched one since. I came across some in a charity shop and came over all nostalgic, bought them and have had them sitting around for a while until yesterday when one of them became reborn! 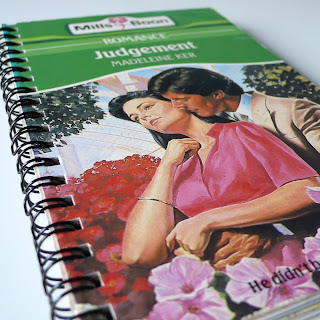 For sale here at the bargain price of $24 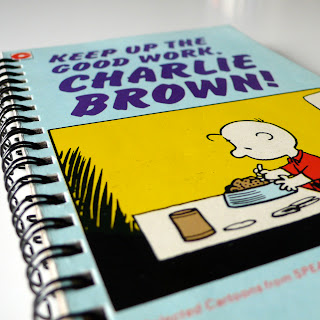 For sale here also at the bargain price of $24

Both books have about 50 pages of recylced/found/rescued papers from various places. Some are plain, some are violently patterned but they all work rather nicely together. I hope these sell as I really like making them!
Posted by eyeshoot at 4:41 pm