We ventured out today in the car to test the waters and see what all the fuss was about.  The main roads were fine (so I could have got to the gym if I'd really wanted to!), we pottered into town with no mishap and I happened to notice masses of snowmen, as well as the usual unexciting ones and the ones whose heads seem to have been kicked in there were some real beauties.

Chatting to a friend in the Northern Quarter I was tipped off to a 'snowman fashion show' in a car park surrounded by flats.  It was a sight to be seen, there were snow dogs and rabbits as well as various strangely shaped creatures, all very impressive.

Others were shot along Burton Road on the way home. 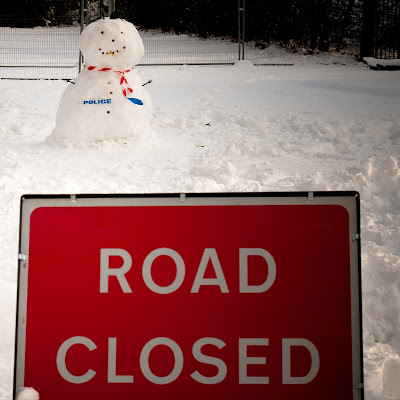 This one's at the entrance to our flat where, as you can see, the road's closed and has been for over a month now.  It's comforting to see that the area is being properly guarded! 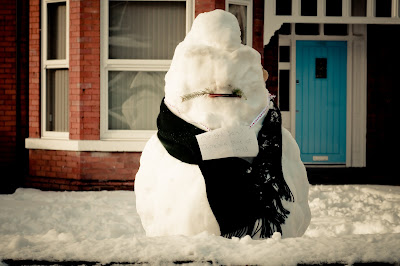 I really liked this one, if you can't make it out, the sign says "All right son, mine's a pint of mild" and rather oddly, he looks just like an old man. 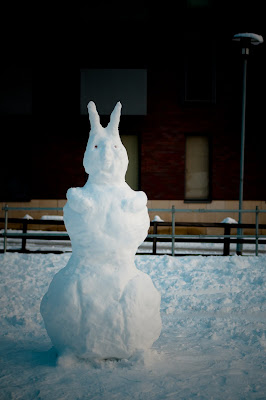 The snow rabbits have arrived - the snowmen need to watch out for their carrot noses. 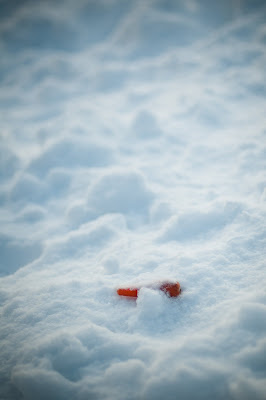 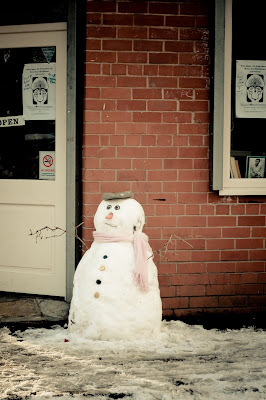 Outside Silver Apples on Orchard Street in West Didsbury, with a lovely expression on his face. 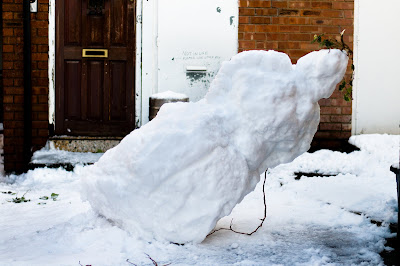 I can't understand how this one hasn't just fallen over, it's pretty big and must weigh plenty, but it's just hanging there in mid collapse.  I'll bet it's on it's side by tomorrow! 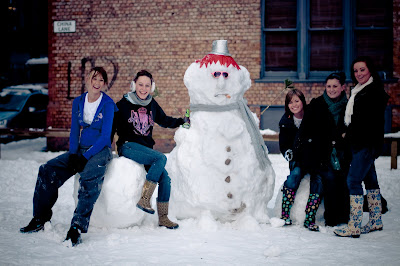 I don't think these girls made this one, but they posed very nicely for me!

If you've liked these snowmen/rabbits/things there are more on my Flickr, click here for the full set.