I've been busy today - I started out with a massage, not a fluffy little strokey nice smelling one, it was of the get into the muscle tissue and make you squirm and grimace type.  I think it worked and my poor sore bit is feeling a little less sorry for itself.  Back for more in two weeks - hopefully the bruises will be gone by then!

I've been making some new cards to add to the collection.  My pretty lavender prints have now been cardified and they look rather nice, although I've had to tweak the Blue and White Jug one as it was a square image, so I've had to loose some of the background on the right, but it still works.  There a still a few more to do, but I've run out of time for today. 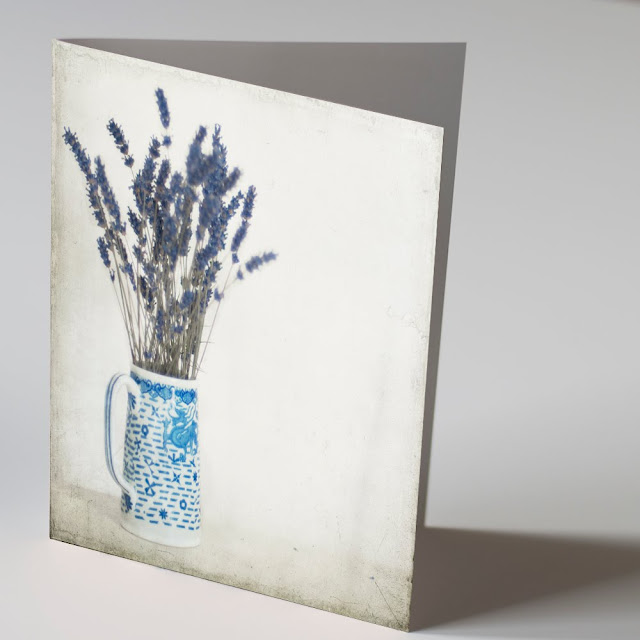 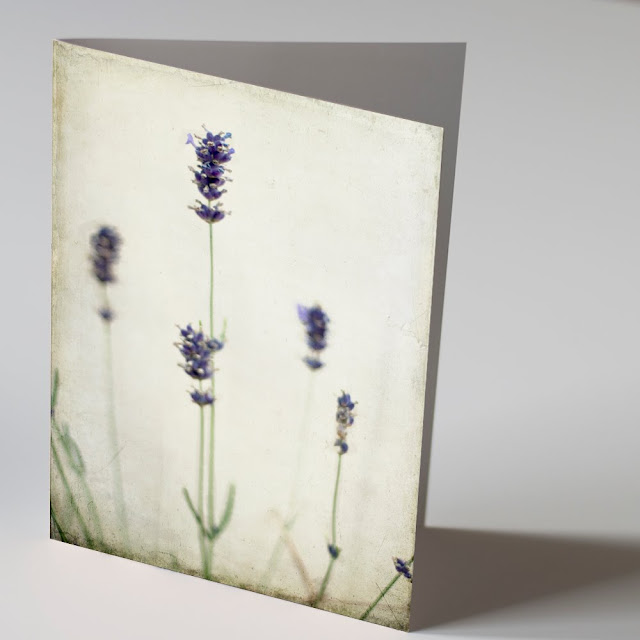 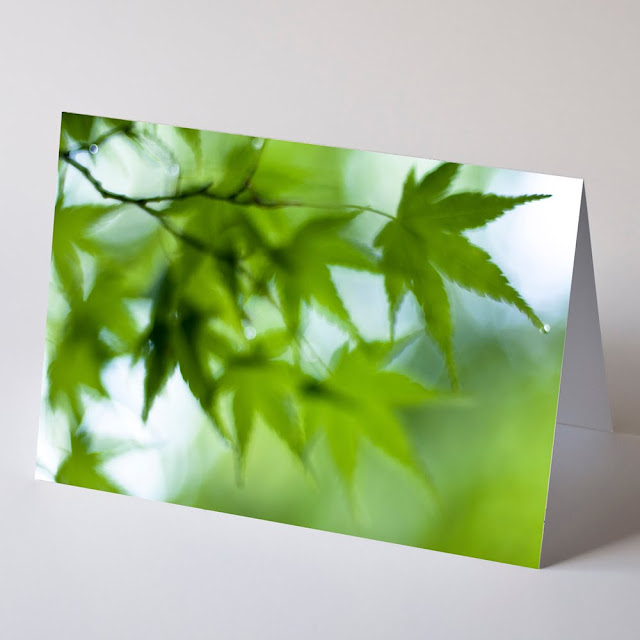 Fresh and Green Note-Card
I have decided to spend some quality time with my Facebook Page - you can find it here.  I had got a bit irritated by it but think it will be worth persevering with for a while, I've never really got into it or engaged with any potential customers.  I have finally worked out how to add the Etsy tab thingy which shows everything which is in your shop, although it would appear that the lovely new wide pages over at Etsy seem to have buggered up the widget so it looks really random at the moment, but I'm sure the geeks will sort it out before the Forum Witches come after them!  I've also been very brave and set up a Facebook Ad - I really don't know how they work but hope that my PayPal account isn't emptied overnight and that I earn a few view, fans or best of all sales.
It's Chorlton Film Institute night tonight and we're showing Sam Taylor Wood's Nowhere Boy which is about the pre-Beetles John Lennon and focuses on the apparently formidable women in his early life; his aunt and his mother.  I'm looking forward to it, especially as it's a nice short film at only 90 mins unlike White Ribbon last month which was an epic 2hrs40mins!  Even after clearing up we'll have time for a nice long visit to the Horse and Jockey for a glass or two of wine.  I'll be Bookcrossing another five books there tonight, they have a nice book cabinet for customers to make use of, so I know they won't mind.
Posted by eyeshoot at 6:18 pm