It's been another food ruled weekend with two sets of friends over for supper on Saturday which meant much of the day spent in the kitchen for me.  I did manage a nice run in the sunshine in the morning which set me up nicely and my ankle hasn't hurt a bit which is a very good thing!

Here's what I served on Saturday night: 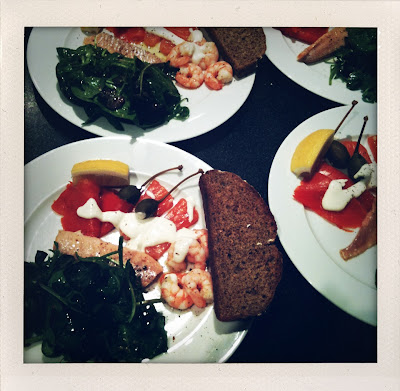 A plate of wild Alaskan smoked salmon, Tsar salmon, smoked trout, king prawns with dressed leaves, soda bread with a crème fraîche and horseradish dressing.
You can't really go wrong with a judiciously bought selection of top quality products!  It was all delicious but I think I overdressed the leaves a bit....... 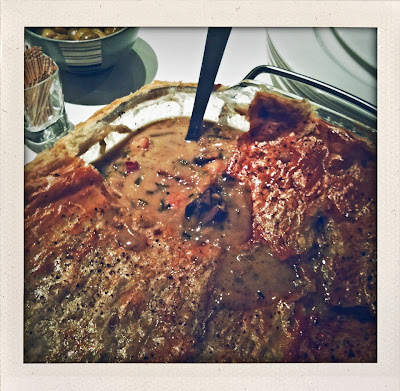 Rich creamy chicken and mushroom pie, with new potatoes and purple sprouting broccoli.
I know that the photograph of my pie looks revolting, but it actually tasted delicious!  It was seriously rich with masses of butter and double cream which is something I don't usually use, as I'm not a fan of cream, the recipe called for morels, either dried or fresh and I could find neither so I improvised with some dried porcini and some fresh chestnut mushrooms with some of the soaking juice added to the (home made) brown chicken stock and white wine.  There were loads of leeks, spring onions, pancetta, tarragon, chives and thyme so stuffed full of good things.  The pastry was a disaster thought, it was, believe it or not puff which you'd never tell from the photo, but at least it was tasty if not puffy so all was not lost.  Usually when I make a pie I cheat and cook the puff separately and just plonk a serving on the the artfully arranged filling.  It keeps it crisp and stops any baking angst.  The recipe was for eight, and the six of us polished it off! 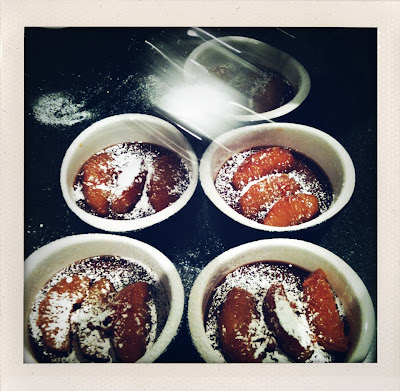 Chocolate orange mousse with caramelised orange zest and segments.
I don't have a great repertoire of puddings, but one which I come back to time and time again is chocolate mousse in the French style.  I use the recipe from the Julia Child classic, Mastering the Art of French Cooking and it's fantastic and while not exactly foolproof, certainly worth the time and the copious calories.  This time I was seduced by the recipe in the splendid Leon cookery book, I'm not sure why but it just tickled my fancy.  It was a much less complex recipe but ultimately not as unctuous and delicious, but it was very tasty, especially with the addition of the orange segments ad it went down very well.

We were bought a fabulous bottle of 1966 Sauternes which is pretty impressive and it was very good and a great treat - see how wonderful it looks! 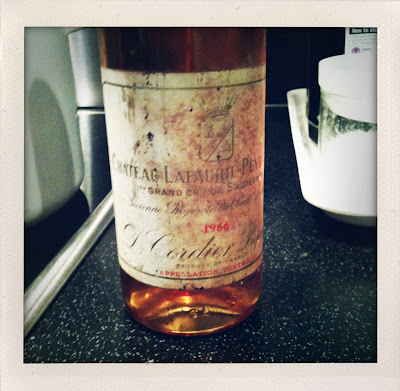 A most enjoyable evening!
Posted by eyeshoot at 6:37 pm