Anyone who's been reading this blog for a while may remember my somewhat obsessive but ultimately unsuccessful dabbling in the magical world of sourdough.  I wrote copiously about my starter and it's progress and the eventual gleeful baking of various rock like loaves of bread.  Anyway, the time has come to have another go and I've been inspired by a recipe by Fergus Henderson the inspirational chef of the London St John restaurants which uses rhubarb, rye flour and live yoghurt for the starter.  I had previously read of starters using raisins or yoghurt but never fruit and dairy together and I can't resist a culinary challenge!

So today I have chopped up one stick of rhubarb and mixed it with 210ml water, 50g of rye flour and two tablespoons of live sheep's yoghurt and it looks as horrible as you would imagine.  As you can see. 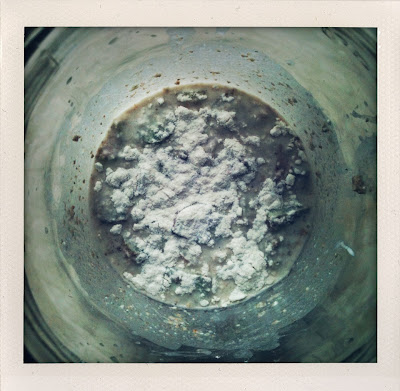 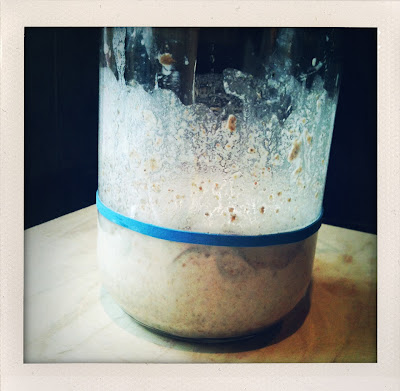 It now sits in all of it's lumpy grey glory in it's traditional spot above my computer so I can keep and eye on it (it's also the warmest place around here as we don't have the heating on any more and it's not really warm weather yet, the temperature should ideally be 26-28 degrees centigrade but it's more like 22 at the moment which means that it will just take longer.) 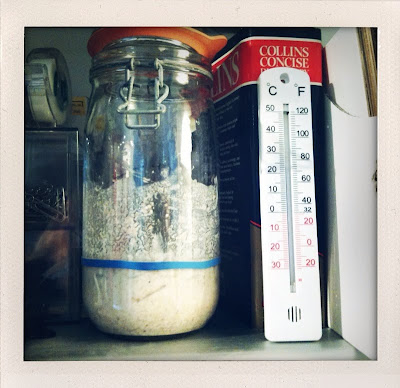 Tomorrow (day 2) I just have to stir it and dust with white flour.

If you want to look at my previous exploits in the weird and wonderful world of sourdough, click here.