We visited friends a couple of weeks ago who have the most gorgeous English country garden and I happened to have my camera with me and couldn't resist having a nosy around to see what I could find. The garden was sightly past it's best, but in my humble non-gardening opinion I thought it looked great. For some reason I've only just got around to sorting through the images and I've made two into prints. 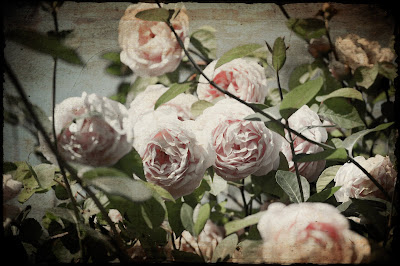 Summer Daisy Through the Viewfinder 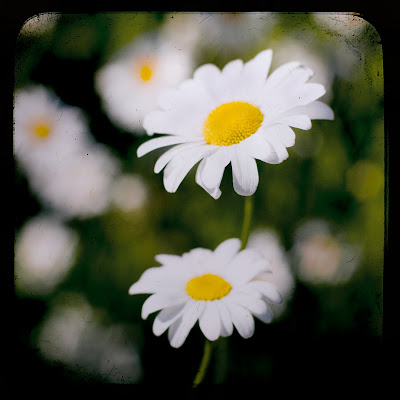 On the Sourdough 3 front, there was a bit of action with my refreshed starter and I've fed it with half a cup each of rye flour and water this morning. That's the end of my rye so I'm hoping that continuing with plain flour from now on won't cause any problems.

I'm off to town with mum in a bit, she's got an appointment at the Apple Store to chat about buying a shiny new iMac as her old pc has died a death and is so slow as to be dysfunctional. After that we're doing some surveys, for me, it will be the first time in a year and I've actually got to do the work and draw the plans and stuff rather than just pointing the laser measurer and shouting out the numbers......my brain is in a panic as I haven't used it for so long, but it means I'll be earning money per survey which will make a nice change from the genteel poverty into which I seem to be sliding!

Other job news - a friend owns a busy, popular and super trendy cafe in Manchester which is going through some changes and he'd like me to be involved in some sort of advisory role on the kitchen and staff sides. I couldn't tell much from a very quick and vague conversation yesterday, but their new man is going to give me a call so that he can tell me what he'd want me to do. Could be interesting.