I've reached the end of my Andrew Whitely Starter Recipe and mine's not done all it should so I have taken matters into my own hand....

I've been reading a lot on line and many people say it takes far longer than five days to have an active starter, so I've gleaned the relevant information from the most interesting posts and this is what I've done today based on that new knowledge.

After seeing the lack of action - but still looking better than yesterday: 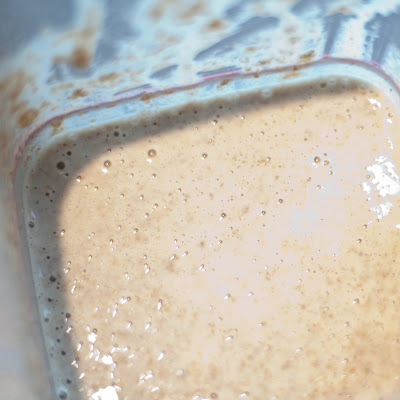 I discarded a good dollop of the starter and scraped the remainder into a small bowl, I heated up the 50g of water to 40 degrees as previously and added it with the 25g of rye flour to the small bowl. I then gave it a jolly good whisking to get more air in which I've read is only a 'good thing'. Then I put it back into it's plastic pot and replaced the tight lid with a white muslin loosely tied with string as it seems a much more 'natural' way to cover the starter considering that it's meant to feed from airborne goodies which I'm pretty sure can't get through plastic.
The pot's back on my shelf at 20 degrees until I inspect it tomorrow. 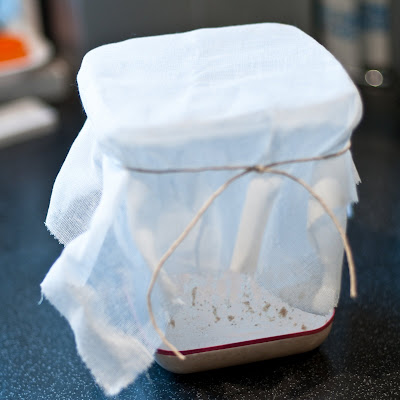